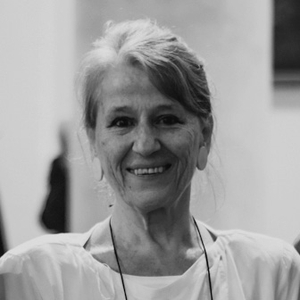 I spent my early childhood in Soncino after we were evacuated to my maternal grandmother’s large house. There were four of us (our fifth sibling, Giuseppe, was born after the war), a small but tight-knit band augmented by selected children from the town, the eldest and undisputed leader being Piero. He would involve us in imaginative and sometimes risky games. The appeal of elder brothers is immeasurable…

After the war we returned to Milan, but the long holidays of the time allowed us to spend the best months at Albisola, Soncino and Soprazocco… Here, above all, in the freedom of the woods and pastures, we were able to cut loose under Piero’s guidance… Growing up, it was in the evenings that I would meet up with my big brother, both of us incurable night owls. He would accompany me to social events and I would follow him around galleries, or we’d find ourselves in the same places open until dawn, or in the kitchen in Via Cernaia, where he would experiment with drying eggs. Then came his death from a heart attack, the vigil, the funeral. My mother took on the safeguarding of Piero’s artistic legacy, sometimes I’d help out. I worked in various fields, market research, advertising, public relations, creative training, objets d’art, journalism. I also did voluntary work and dabbled in politics. My mother handed over the reins to me in the Eighties; I began to deal with Piero and in the early Nineties, my brother Giuseppe and I founded the Archivio Opera Piero Manzoni, which evolved into the foundation of which I’m now simply the president. I have five daughters, the third of whom followed in her uncle’s artistic footsteps under the pseudonym Pippa Bacca. She was assassinated in Turkey during a poetic and prophetic “performance” entitled “Spose in Viaggio”. 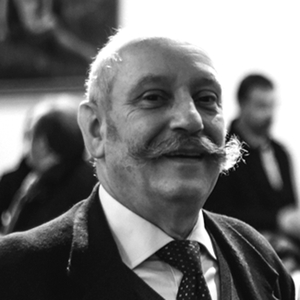 I was born in Milan, or so they tell me, in the August of 1946. Consequently I’ve often been ridiculed by my elder siblings as “post-war stuff”. I was the last offspring of a noble family from the Romagna region, while Piero was the first.

Ours was a very lively family: Piero would enthral us with the most disparate information: I still remember when he came back from a trip to Paris with the recipe for “canard à l’orange”!

I graduated in letters from the Catholic University and later a frequented a post-graduate course in the History of Art at the state university in Milan, attending the lectures in modern and contemporary art by Vittorio Fagone and Enrico Crispolti.

After gaining experience within the museum system, I spent my life teaching the history of art in artistic high schools, without neglecting study, research and cultural entertainment. In the meantime, I was also able to marry Nicoletta Visconti and bring three children into the world: Luisa, Giulia Maria and Giacomo.

It came naturally to me to help my mother valorize and safeguard the work of my brother, through to the constitution of the Archivio Opera Piero Manzoni (which was subsequently transformed into the foundation): I contributed actively along with Elena, given that my other siblings no longer lived in Milan, especially in the early “heroic” days of the archive, overcoming teething troubles and uncertainties with a great deal of hard work and good will. 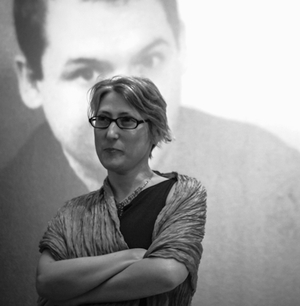 I was born and grew up with Achromes and Lines, absorbing my family’s creative spirit and my mother and grandmother’s stories about Uncle Piero. I began working as an assistant at the Archivio Manzoni in 1996. Over the years I’ve grown in age of course, but also in skills, thanks to the trust of my family, to working with figures of the highest calibre such as Germano Celant and Flaminio Gualdoni, and to continuous study and research. In 2009, I consequently became director of the Fondazione Piero Manzoni.

Thanks in part to a truly extraordinary staff, I have been able to curate exhibition projects, books and numerous other initiatives and to involve a new generation of researchers in Manzonian studies as well as developing new contemporary means of communicating the art of Piero Manzoni such as the new online catalogue about to be launched. I’ve been fortunate enough to enjoy numerous encounters out of which have evolved new and fascinating projects such as the fruitful collaboration in recent years with Hauser & Wirth. 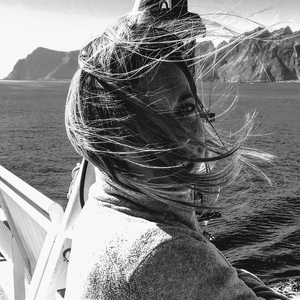 Although I was born and grew up in Milan, my second home has always been Holland, where my mother is from. While I walked round Rotterdam and Amsterdam as a girl, I had no idea that Piero had also roamed the same places, eating the same strange things, listening to a curious, “incomprehensible” language. It was in the Dutch museums that I discovered contemporary art. In dealing with the loans for the Foundation’s exhibitions, I’ve been fortunate enough to travel virtually with Piero’s works, discovering new places I would like to visit.

Along with the loans, I also deal with the historical-bibliographical research, the archive and social media communications, with particular attention to the graphics side so as not to forget my publishing past; I’ve also carved out a niche as the Foundation’s “IT-woman” now that the art world is increasingly technological.

Piero’s favourite work: the Magic Base 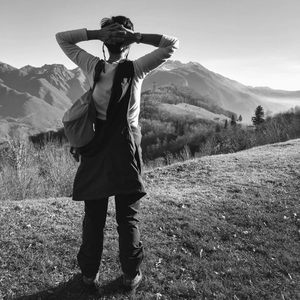 While I’m a creature of habit my life didn’t exactly go to plan, taking a different direction to the one I’d chosen and obliging me to change the way I looked at things.

I’d have liked to study the arts but was diverted to languages. After years of study I managed to find a place on the editorial team of a fashion magazine but then that folded after a couple of years and forced me to take a leap into the dark and accept a bursary in Japan. When I got back I decided to study Chinese to improve communications in an affair of the heart that had blossomed in Japan… and then found a husband from Brianza.  And given that there are plenty more twists and turns in our lives to come, our two children arrived by plane rather than the traditional stork. I’ve been working at the foundation since 2009, assisting with the back office and the administrative side of things. I was then given the role I love most: the conception and creation of the KidLab “Once upon a time there was Piero”, an artistic workshop for children of between 4 and 10 years of age. Taking Piero into the schools has entailed rediscovering the playful aspect of the artist and the joy in sharing one’s passion with the youngest generation. 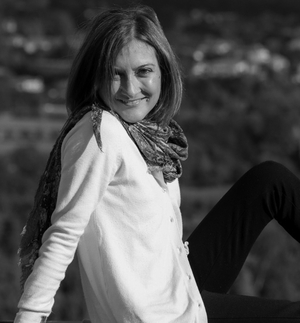 I was born in the beautiful Brianza region and moved to Milan after graduating in Linguistic Mediation, as soon as I had discovered I was more interested in contemporary art than foreign languages. I started working in a gallery and in an archive while continuing with my master’s studies in Art History and Criticism, literally living in close contact with those for whom art had been involved with since childhood. One thing and another then led to me working for multinational firm, but I soon realised that doing what you love always “pays” and pays well… and so I returned to my true passion, Art, with destiny lending a helping hand by leading me back to the true path at the right time.

I collaborate with the Fondazione Piero Manzoni, dealing above all with the study of the corpus of Manzonian works, historical-bibliographical research, the archive and social media communications.