The exhibition Fontana Baj Manzoni opened on the 4th of January at the Galleria Bergamo in Bergamo and then moved to the Galleria del Circolo di Cultura in Bologna on the 23rd of March. The introductory text was by Luciano Anceschi, a great scholar of aesthetics and the founder two years earlier of the avant-garde periodical Il Verri.

In the first edition of the exhibition Manzoni exhibited, according to Anceschi’s texts, “chaotic surfaces with a paint that simulates lacquer or enamels, sharp nightmares of the unconscious, dark claws of fantastic and repugnant presence, not without a Surrealist echo and like an aphorism of dream”, in the second instead he “attempted pale surfaces of an absolute white, entrusted to the sensibility in treating material and interrupted by plastic reliefs and their shadows”, presenting the new works for the first time.

Achrome works in plaster also featured in the solo show that opened on the 22nd of April at the Galleria Pater: two were purchased by Antonio Boschi who was subsequently to donate his collection to the Civiche Raccolte d’Arte in Milan. 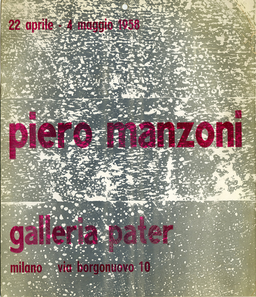 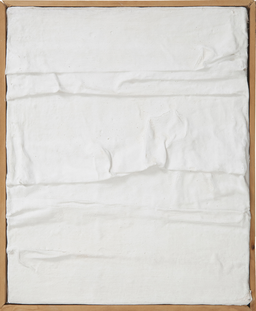 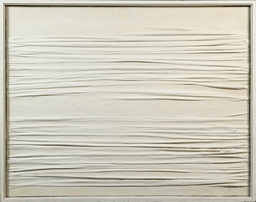