Late in July, on the 24th, Manzoni created two Linee in Milan of 1,000 and 1,140 metres, to be enclosed like the Linea lunga 7200 metri from Herning, in metal containers. He presented them on the 23rd of October at the XII Premio Lissone at the Palazzo del Mobile in Lissone, at which he was joined by Bonalumi, Castellani and Dada Maino under the Gruppo Milano 61 umbrella.

The first showing of Merda d’artista came on the 12th of August in the group show In villeggiatura da Pescetto at Albisola, the second in a solo show in Milan in September at Luca Scacchi Gracco’s gallery. The solo show Kunstnerlort Levende Kunstværk at Køpcke in Copenhagen on the 18th of October featured both Merda d’artista and Sculture viventi.

From Copenhagen, Manzoni returned to Herning, where he created the famous Socle du monde, a metal plinth with the title of the work overturned, on which rests the entire terrestrial globe, designated as a work of art.  He also experimented with Achromes in artificial fibre and created a spherical sculpture with white rabbit fur and a straw and kaolin parallelpiped resting on charred wood bases.

He exhibited in a number of group shows, Avantgarde 61 at the Städtisches Museum in Trier on the 7th of October, at the Prisma on the 21st of November, Exposition Dato 1961 at the Galerie Dato in Frankfurt on the 1st of December and in the same month in Zero at the Galerie A in Arnhem. 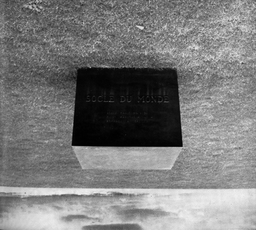 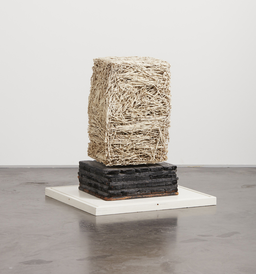 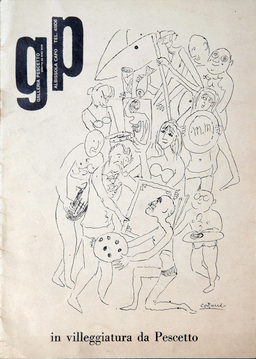 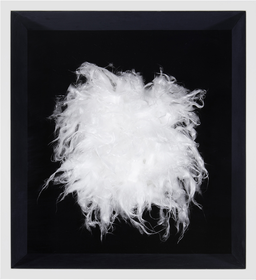 Invitation to the exhibition Zero, Galerie A, Arnhem, 1961